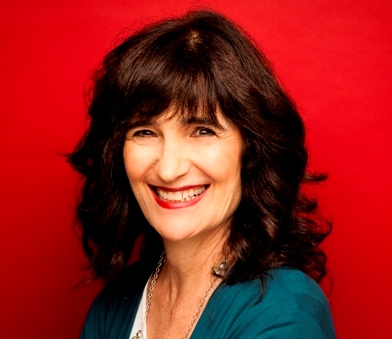 Nora Gold is a prize-winning author, an activist, and the editor of the prestigious online literary journal, JewishFiction.net. Her three fiction books have been highly praised, including by Alice Munro, and have won two Canadian Jewish Book Awards. Gold’s also the creator and coordinator of Toronto’s Wonderful Women Writers Series.

The book I’ll be reading from on March 11 at Brockton is my latest novel, The Dead Man. Its main character, Eve, is a composer of sacred music and a music therapist who is obsessed with her ex-lover, a world-famous music critic named Jake. Eve, generally a sensible and intelligent woman, for some reason cannot recover from this brief relationship. The mystery at the heart of this novel is, Why?

When I began writing this novel, I was acutely conscious of the many books, films, and plays on the theme of “a woman who can’t get over a man,” and also how, in popular culture (like Harlequin romances), there’s often the tacit assumption that there is something almost natural about these women’s stuckness. The thinking goes: A woman requires a man to be an acceptable and valid human being, so of course a woman would make desperate efforts to gain, or regain, a man. This is not my perspective at all – either in life or in this novel. I decided, in The Dead Man, to explore Eve and her struggle through a feminist lens. I also made Eve herself a feminist, someone who considers her obsession with Jake to be not only unnatural and unhealthy but also (because she’s a feminist) embarrassing. In contrast to the stereotypical portrayals of women who can’t move on after a relationship, Eve is a complex and introspective character who is analytical about her situation. Determined to overcome her obsession, she often studies herself closely. The opening sentences of this novel are classic Eve:

“She’s never been obsessed before. This is her first time and it’s kind of interesting. It’s like watching some psychopath in a movie, stalking someone, plotting to kill them, except that the psychopath is her.”

So part of The Dead Man is the profound tension between one’s mind (which is rational and ideological) and one’s heart (which has an inner logic all its own). Something I think all of us have experienced at some point or another.

Here, to illustrate this dichotomy between what Eve knows intellectually and what she feels, is an excerpt from near the beginning of the book. Eve is sitting on a plane that has just started its descent into Israel, where she and Jake first fell in love and where Jake still lives. She has spent the past ninety minutes thinking non-stop about him and talking to him in her head, as she has been doing for the past five and a half years (ever since their relationship ended) – a habit she is trying hard to break. It is just a habit, though. It is clear from her thoughts over the past hour and a half that she understands perfectly that she will never again see Jake. Their relationship is over. He’ll never call or write to her again.

The pilot’s voice booms over the loudspeaker: “This is your captain speaking. We are now beginning our descent into Israel. Please place all your hand luggage below the seat in front of you, switch off all electronic devices, and fasten your seat belts.”

She obeys. But as she is shoving her carry-on under the seat in front of her, some of those phrases return that she’s been thinking for the past ninety minutes.

I don’t love you anymore. I don’t. I haven’t loved you for years.

Then: Do you love me?

No. Of course you don’t. You don’t care if I’m alive or dead.

She straightens up in her seat and looks out the window: blackness dotted with yellow lights.

Not You don’t care, she corrects herself: He. He doesn’t care. Third person. Stop talking to him like he’s still your eternal I-Thou after all this time. It’s been five and a half years.

The plane plummets and she feels her stomach plummet, too. She clutches both armrests, her eyes shut tight. The plane drops again; it feels like it’s diving, and she thinks she is going to vomit. Then the plane steadies itself. She opens her eyes. Gradually her stomach settles down. This thing with Jake, apart from everything else, is embarrassing. First of all because of its banality. The powerful older man at the peak of his career, and the young woman just starting out as a musician (or anyway the younger woman – fifty to his sixty-five). It’s such a cliché. Secondly, it’s embarrassing because she can’t get over it. She’s not a fool. She knew from the beginning that this relationship couldn’t last. But even so, here she is, stuck in this state, and unable to move forward. It doesn’t make any sense that she should be so fucked-up over what was, after all, just a five-month affair. She wasn’t like this even after Brian died, and he was her husband and she’d loved him for over fifteen years. She did suffer terribly at first after Brian’s death, but then she quickly recovered. She had no choice, in a way, ten years ago: Michael was ten and Ethan was eight; she couldn’t just fall apart. Yet here it is five and a half years since she and Jake parted ways, and she’s still obsessed with him day and night. There’s something here she doesn’t understand. Some mystery she can’t solve.

Now the plane lands in a series of three rough bumps. Loud clapping erupts. Right. Israelis always clap whenever a plane lands. Celebrating survival – implicitly reminding you of all the possible disasters you have just narrowly escaped. The plane is still coasting along the runway, but already people are standing up, taking down coats and parcels from overhead compartments, phoning relatives and friends to say they’ve arrived, and squinting at hand-held devices to check their email. Good idea, thinks Eve. I should see what I’ve missed while up in the air. Probably ten or fifteen emails. Still sitting in her seat (practically the only person on the plane not yet standing up), she turns on her phone. Maybe, she thinks, I’ll have an email from Jake.

* Here is a podcast of my most recent interview about The Dead Man, in conversation with the New Books Network in Chicago.

** There is a special sale on now for The Dead Man, with a 40% discount (until March 31) in honour of International Women’s Day. You can purchase The Dead Man here using the coupon code iwd2020.