BWS 11.07.18 report: “Understanding Acquisitions: What Authors Should Consider When Pitching Their Book,” with Scott Fraser

Prior to entering the publishing industry, Scott served for eight years in the Canadian army, a career change which many find curious.

He lives in Toronto’s Leslieville neighbourhood with his partner and their menagerie of misfit mammals. The keys to his heart are dogs and baseball. Talking about either topic is a sure fire way to get Scott’s attention.

At last week’s event, Scott gave us a few pointers on what we should consider when we’re ready to pitch our stories.

Time spent on reconnaissance is seldom wasted. Read the publisher’s guidelines closely. How do they want material submitted? Are they accepting manuscripts in your genre/category?

Try to find out about the editor. What have they signed? What does the backlist look like? Recent publications?

Help the publisher imagine your book gaining some commercial success. Which successful authors is your work similar to? (Comp titles)

If your previous book didn’t sell well, don’t panic. Help us figure out how to fight the track record. Did publisher perform poorly? Maybe a timing issue?

The editor has lots of submissions to consider. A concise, well written synopsis can help generate interest. I like one-pagers. Some editors like more. Be prepared to offer more or less on request.

Nobody knows your book like you do, so sending fragments is likely to confuse people

Signing an author is about calculated risk for the publisher. We want to believe in the project and the person.

Be assertive, but positive at all times. Nobody wants to spend 8-12 months working with a jerk.

Don’t take rejection personally. A “no” isn’t a rejection of you as a human being. And it doesn’t mean your work isn’t valuable.

Be gracious. If an editor says “no” but takes the time to give you feedback, it’s a sign that they liked your work but it’s possible their publisher said no or some other factor is in play. Take the long view. Maybe this editor will circle back around to you some day, so don’t burn bridges.

If you know cool and influential people, please do name drop.

If you’re good on social media, let me know (I will look you up in any event)

If you’ve got a talented mentor whose work I may know, tell me!

Always remember that this is the start of a long-term professional relationship. First impressions matter. Even if the acquiring editor isn’t going to work on manuscript development with you, they’ll still be the strongest in-house supporter of your work.

Stay tuned for features on our upcoming writers! 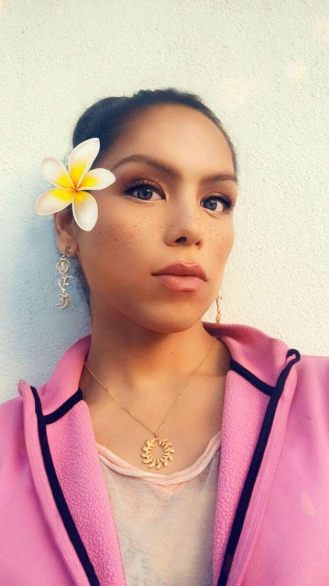 Kiley May is a two spirit trans actor, artist and storyteller. She is a Hotinonshón:ni Mohawk from Six Nations reserve and is settled in Toronto. For now. Kiley is currently studying and training in acting, singing, dancing, and playwriting at the Centre for Indigenous Theatre.

She also enjoys other creative arty things like writing, film, fashion, photography and keeping her selfie game strong. As well as transitioning, which is an art form; her greatest artwork to date.

In this excerpt I share my experiences of dating, hooking up and falling in love while living openly and proudly as a trans woman.

It was in response to how I was being mistreated as a trans woman while dating. I wanted to encourage trans attracted men to come out of the ”trans admirer” closet and begin to claim us publicly as their women. But more importantly to inspire trans women to raise their standards and to show them that love is possible.

How To Love A Trans Girl

You would be shocked to learn just how many straight guys are secretly into trans girls. I mean really, it’s a lot more than you’d think. But you probably never hear about it, because they don’t and “can’t” talk about it.

I’ve been dating and hooking up as an out and proud trans girl for the last four years. I meet guys the regular way out IRL, but most of my sexcapades have been from meeting guys online. OkCupid, Plenty Of Fish, Badoo, Blendr, Tinder, Whipler, Bumble. Let’s pretend it ends there.

What I’ve learned along the way is that there are countless trans attracted men—men who are sexually and romantically attracted to transgender women. I’m talking about regular dudes who self identify as straight and only ever date and hook up with cisgender women. Mostly. They also quietly and confidentially admire and lust for trans women. And they hook up with us too. All the time. It’s very common, actually. It never ceases to surprise me.

Online it’s easy for these guys to find and connect with trans women and confess their attraction. There are even websites dedicated to it. But these interactions happen on regular dating sites and hookup apps, and they happen on the sly. These admirers and chasers of the T are on the down low. They rarely  if ever talk about it. Except online with trans women or in private with close trusted friends. I imagine pacts to keep secrets are most likely made.

It’s this clandestine culture and underground world that I’ve become privy to. And it’s beyond time for it all to come to the brightly sunlit surface.

Dating and fucking while trans has been an equally exhilarating and disheartening experience. Most guys that are secretly into and cool with trans girls are more than willing to have sex with us. Privately, of course. But most of them wouldn’t be seen dead with a trans girl in public, especially during daylight hours. So when it goes from right swipe to match to meet up, things get flakey and funny.

I prefer to meet a guy for the first time at a cafe or somewhere communal to vibe him out. But instead they just want to slide into my apartment and into me like they slide into DMs. Then bounce. Like I’m some sort of late night drive thru fuck service. That’s shady in itself, but then they rub salt in the wound by requesting to be “discreet” about the whole thing. It usually goes some variation of:

“I respect you babe but let’s keep it discreet”

“That’s cool hun but I like discretion, if you know what I mean haha”

“I’m cool with you being trans and all but can we do it discreetly tho?”

Even though I’ve been reassured by many people that I’m very feminine and passable (a problematic privilege I’ll discuss another time), that still doesn’t reassure these straight dudes that everything will be ok when we meet. They would not dare meet up with me on a sunny patio or take me out for a boardwalk stroll and risk “being caught” or found out. But all of them would absolutely sneak into my apartment under the cover of darkness like a ninja in the night on a covert mission. “Discreet.”

Meeting a tgirl should not be treated as some black operation! But I get why these cis het dude bros are all paranoid and on edge. As they explain, they like and respect me (allegedly) but they’re nervous or worried about what their friends and family would think. They’re afraid of being judged, persecuted and rejected. That’s fair, I get it. I really do. Social stigma is hashtag real.

But it seems they don’t consider how this is affecting me, being treated as a perpetual post-midnight booty call. Like I am always the bridesmaid never the bride type feels, as if I am just some fetish or kink that can only be explored under a hidden veil of shame. Over time, it has an effect on me. It makes me feel like a dirty secret. It’s a degrading disgraceful feeling to be rejected, unwanted and acknowledged. It imprints on the psyche. Impacts the heart. Stings the soul.

When I respected myself less, I allowed that bullshit to happen. Because I had to get jollies too and I used them for their dicks. But I got tired of their shit. As I grew up I learned my value and worth. I know now that I deserve to walk in the sun with a man who loves me. And now I do.

Like our girl Laverne Cox says, what we trans girls all deserve is for a man to “claim us publicly as their girlfriend.” But what will it take for trans attracted guys to chill out and move past the discretion and shame? How can we trans women get to a point of always feeling loved and respected as whole beings?

Well to start, these guys need to start talking to their bros about the trans girls they’re attracted to and hooking up with. When they do, they’ll most likely find they have something in common because their friends probably like trans girls too. Like I said, it’s more common than you think. So start the discussion already, dammit.

And for the men who are in secret relationships with trans women, who are not telling their friends and family, well they need to find the courage within themselves and step forth and say “Yes my girlfriend is trans and I love her.”  Claim her publicly and keep treating her like the Goddess Queen that she is, and seat her on her throne next to yours.

It takes these men stepping out and into the light and declaring:

Yes, there will be an adjustment period. There will be fear, anxiety, stigma and judgement. But also acceptance, approval, understanding and common interest. Over time the veil of shame will be lifted and trans love will eventually become destigmatized, accepted and normalized.

“Hey mom, I met someone. She’s a trans girl and I love her.”

“Oh that’s so sweet, honey, good for you. Where did you meet? Pass the potatoes.”

We’re a long way from that but these men do currently exist. These men who are proud to have a trans girlfriend and claim her love publically. They’re out there, they’re real. Like my loving man, for instance. And my boyfriend before him.

So to all the trans women waiting for their Man, I want you to know he’s waiting for you too.

And to all the straight guys who shamelessly, proudly and publicly date and love us, I applaud you for being man enough to love a trans girl.

Kiley May visits Brockton Writers Series on Wednesday, July 11, 2018 in our new home, Glad Day Bookshop, 499 Church Street, Toronto, at 6:30pm (PWYC) alongside Vanessa McGowan, Chang Liu, Arielle Twist, and guest speaker Scott Fraser who will share his thoughts about, “Understanding Acquisitions: What Authors Should Consider When Pitching Their Book.”