Join us for the final Brockton Writers Series event of 2015, with special guests:

Andrea Thompson, author of Eating the Seed and Over Our Heads

“From Page to Stage: Spoken Word and the Art of Literary Performance”

The reading is PWYC (suggested $3-$5) and features a Q&A with the writers afterward. Books and treats are available for sale. Please note that while the venue is wheelchair accessible, washroom facilities are not. 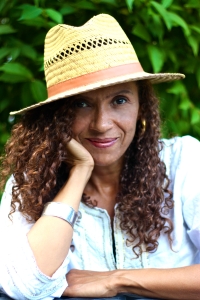 Andrea Thompson (MFA) is a poet, novelist, teacher, activist and mentor, who has read and performed her work at venues across North America and overseas for over twenty years. She is the co-editor of the anthology Other Tongues: Mixed Race Women Speak Out, author of the poetry collection Eating the Seed, and creator of the Urban Music Award-nominated CD, One. Andrea is a graduate of the University of Guelph’s MFA Creative Writing program and currently teaches Spoken Word through the Ontario College of Art and Design University’s Continuing Studies and Workman Arts. She recently released her debut novel, Over Our Heads, with Inanna Publications.

Allison LaSorda lives in Toronto, where she is an MFA candidate in the University of Guelph’s creative writing program. Her writing has appeared or is forthcoming in The Malahat Review, Brick: A Literary Journal, and [PANK].

Jess Taylor is a writer and poet based in Toronto. She is the founder of the Emerging Writers Reading Series and the fiction editor of Little Brother Magazine. Jess’s work has been published in a variety of journals, magazines and newspapers including This Magazine, CNQ and National Post. She won a Gold 2013 National Magazine Award in Fiction for her short story, “Paul”, the first story in her debut collection, Pauls, just released by BookThug.